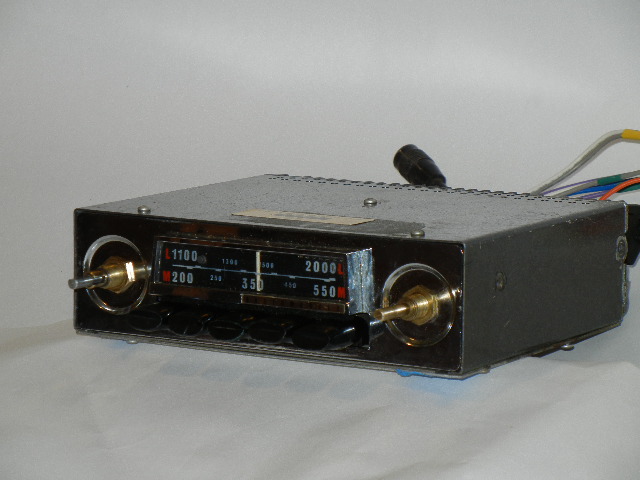 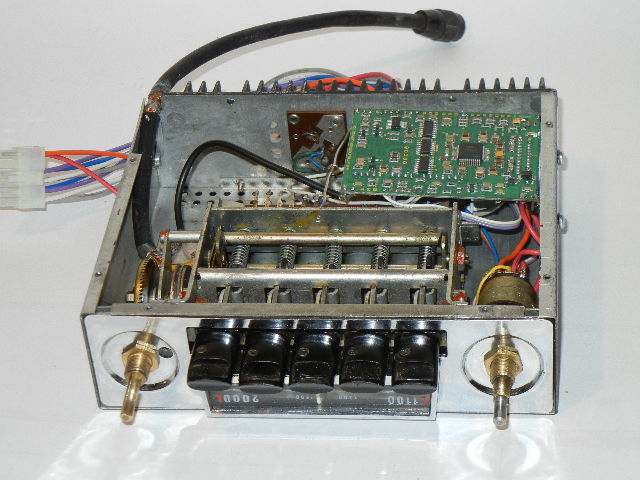 This radio has been converted to AM/FM with Ipod input.  It has four speaker outputs with each rated at 45 watts of true power.  It now runs on 12 volts, negative ground.

This radio was made in England and is designated as a Radiomobile 900T.  European radios are quite distinctive.  This radio was originally AM/FM, although not up to par by today's standards.  The radio switched from AM to FM by use of the presets.  The left hand presets not only selected a station but also FM mode.  The right hand ones selected a station and the AM mode.  I was able to preserve that operation so that the radio functions as original.  One last thing you might not notice is that the dial is calibrated in wavelength not frequency.  Thus is the first time I have seen this.  The odd thing is that since the frequency and wavelength are reciprocals of each other, the dial reads backwards!

Even with most of the extra parts removed, installation of the conversion boards was very tight.